Do you want your borehole to last for many years? Do you want a sustainable yield? Then a borehole yield test is recommended.

What is a borehole yield test?

There are a number of aspects that need to be taken into consideration when testing a borehole. There are two important rules that need to be kept in mind when determining the sustainable yield i.e. The total abstraction from the borehole should be less than the natural groundwater recharge, secondly, a borehole should be pumped in such a manner that the water level never reaches the position of the main water strike (normally associated with a fracture). Should this happen the yield will inevitably be affected and the borehole will eventually dry up.

Test pumping boreholes is normally carried out to meet two main objectives:
To establish borehole potential. To estimate the sustainable yield and hydraulic performance of individual boreholes for water supplies.
To establish aquifer potential. To assess the hydraulic characteristics of the aquifer to determine the groundwater resources.

How do we test?

Test pumping consists of pumping a borehole at a specified rate and recording the level (and therefore the draw-down) in the pumping well, as well as any nearby observation boreholes at specific time intervals. When these measurements are substituted in appropriate flow equations, certain hydraulic parameters can be calculated. These parameters, together with qualitative assessment of discharge-drawdown characteristics, are then used for the assessment of a recommended yield of the boreholes and or aquifers. 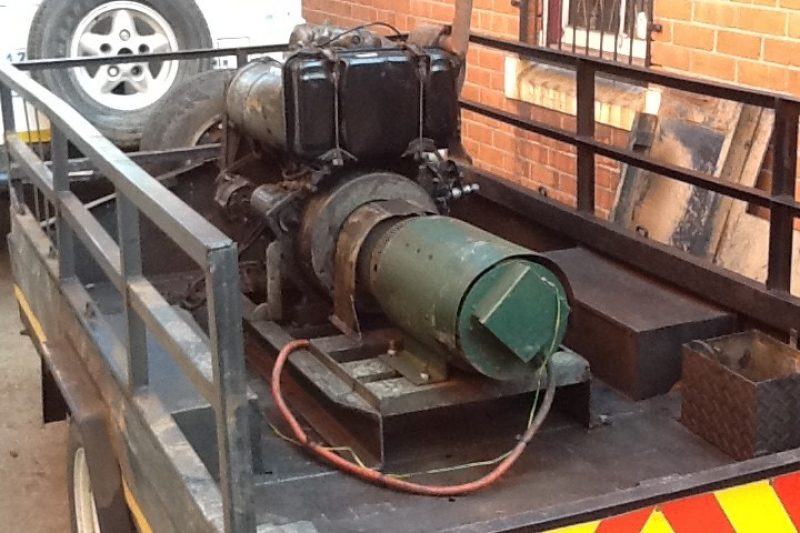 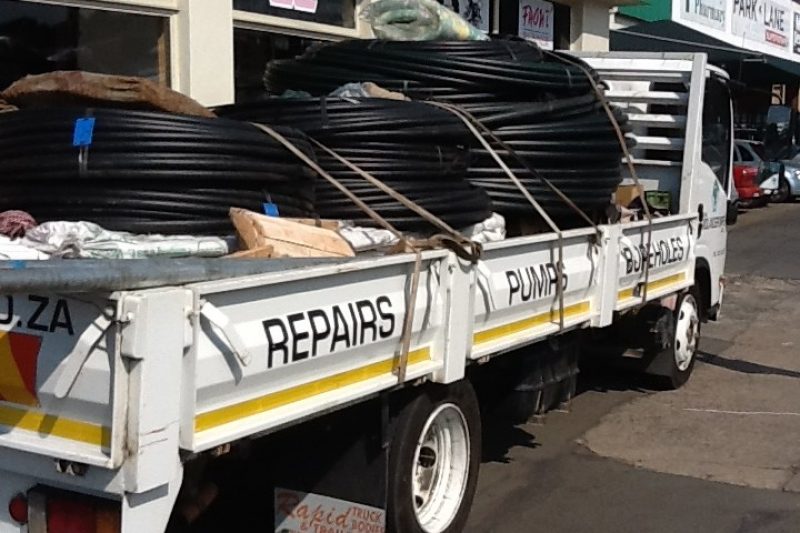 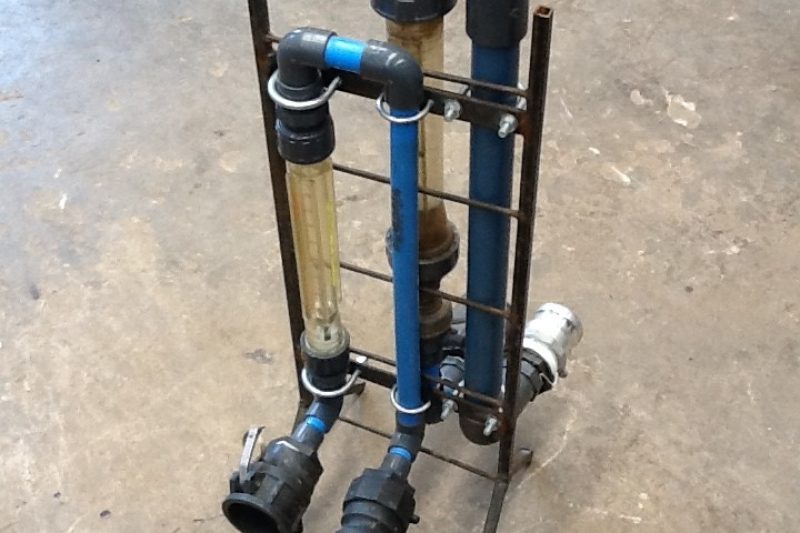 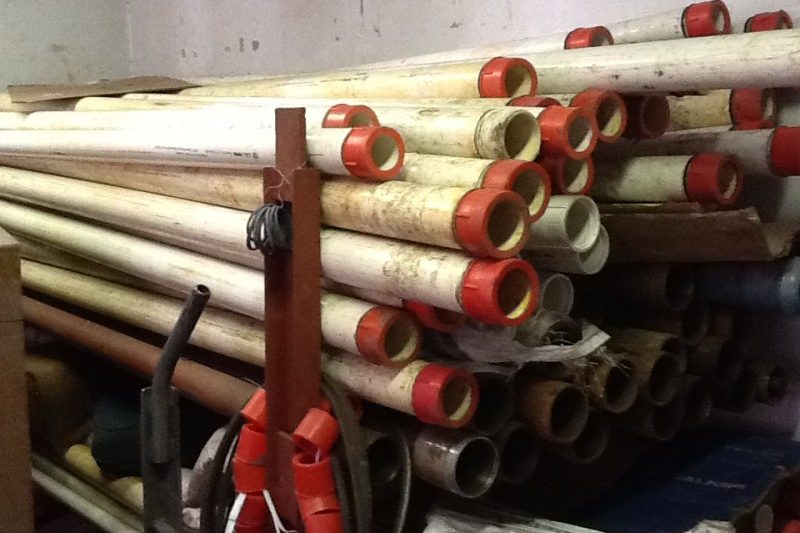 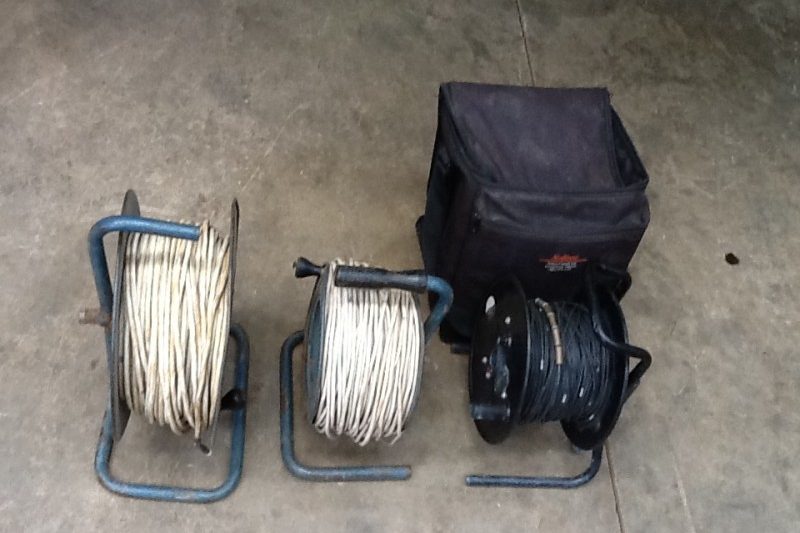 During this test the pump rate is increased in steps at regular intervals. For example a borehole may be pumped at a rate of 1000l/hr for a period of 1 hour and increased thereafter to a rate of say 2000l/hr for the next hour and so on for several more steps. This type of test is particularly useful to determine the effectiveness of the borehole, but not useful in determining the long term sustainable yield of a borehole. In this regard the constant rate test is more useful.

In the Constant Rate Test (CTR), the borehole is pumped at a constant discharge rate over a period ranging from 8 – 48 hours (or longer) – the length of the test is normally proportional to the expected yield and importance of the borehole. The discharge is kept constant for the duration of the test and water levels are recorded in the pumping boreholes as well as observation boreholes (if any). The time-drawdown data obtained from the CRT is then analyzed. The analysis provides useful input to assess the sustainable yield of individual boreholes and the potential of aquifers. Hydro-geologists are trained to utilize different mathematical equations to estimate a sustainable yield.

In this test, recovering water levels are measured in the pumping borehole immediately after the CRT, when the pump is switched off. This recovery test is very useful in assessing the pumping effect and possible dewatering of the aquifers that may result due to the limited extent of an aquifer.

In many cases the continuous over pumping of a borehole will lead to the eventual complete failure of the borehole, resulting in a requirement to have the borehole re-drilled, this is far more expensive than having the borehole tested on a regular basis to ensure a sustainable yield.

An important aspect of a borehole yield test is the monitoring of the water quality as pumped from the borehole. A water sample is generally taken at the start of the test as well as at the end of the test for full chemical analysis, while the electrical conductivity and temperature is normally monitored with the water level for the duration of the test.

This information assists in understanding the aquifer behavior e.g. are we abstracting some of the older water from the deeper formations or does the aquifer yield sufficient fresh water quantities.The determination of sustainable yield will normally take this information into account. The water quality is also important to determine whether it is suitable for domestic, irrigation or industrial purposes. An example of this importance from domestic purposes is the nitrate content of the water. According to South Africa Standard the maximum allowable is 10mg/l. Too much nitrate has a major impact on infants less than 6 months old and leads to a condition called methemoglobinemia (blue-baby syndrome) and could be fatal. Hydro-geologists are specifically trained to apply the science of hydro-geology in terming the sustainable yield of a boreholes and could assist in reducing your risk of borehole and pump failures as well as optimizing the operational costs